Posted by Yolanda FerreiroPosted on December 20, 2018

Looking back at 2018, we witnessed several milestone developments in the security industry that have helped shape the way business is conducted. While certain developments came from reactions to security breaches, others were more proactive in nature. For instance, one entrepreneur’s wife set in motion a billion-dollar idea when she pointed out how much safer she felt using a simple doorbell gadget.

The following four developments will result in better home security, a wider range of security services being offered in Canada, and a push for federal legislation restricting data harvesting. Seeing the long-term impact of these initiatives will take time, but the industry is trending towards safer communities and transparency in how personal data is collected and used.

After acquiring Ring in February 2018, Amazon became the latest big player to join the home security market. The world’s largest online retailer bought the business from founder Jamie Siminoff for over $1 billion after it gained steam from an appearance on Shark Tank.

Siminoff invented DoorBot, a doorbell that initiates a live video stream to the homeowner’s smartphone via Wi-Fi, after finding himself unable to hear the doorbell while working in his garage. When his wife pointed out how secure she felt being able to see who was at the door, he realized that the product had potential in the home security market.

It seems like a match made in heaven for Amazon, an e-commerce company that relies on delivering merchandise to people’s doorsteps. According to HIS Markit, revenue from smart home devices are expected to triple from 2018 to 2021 in the US alone, so Amazon is well-positioned to take advantage of the burgeoning market.

With tech firms entering the home security market, the industry is evolving to include more software such as expedited incident reporting with easy-to-use smartphone software.

Allied Universal made their biggest acquisition to date when they purchased security firm, US Security Associates (USSA) for $1 billion. The acquisition will expand their presence in what Allied CEO Steve Jones perceives to be an untapped Canadian market worth $500 million to $1 billion. Allied has already established themselves internationally but will benefit from the added operations in Canada thanks to USSA’s subsidiary company, Andrews International.

The deal will also help diversify Allied’s suite of services, as USSA has a consulting and investigative division. Jones is excited about the purchase, stating that USSA had become an industry leader with a wide range of clients and a unique set of products and services. By acquiring the company, Allied will be following their long-term plan to purchase scalable businesses that have growth potential in order to increase revenue. USSA’s CEO, Richard Wyckoff, is just as excited about the merger. He believes that the industry has taken notice of his company’s accomplishments, which is a testament to the hard work of USSA employees.

At the very least, the acquisition shows just how big Allied is getting. They could be on the verge of an initial public offering if operational synergy is realized.

In 2018, correctional measures were taken to safeguard personal data. Europe’s General Data Protection Regulation (GDPR) came into effect with the potential to avoid similar breaches in the future  with tighter regulations for how businesses use a person’s data. Privacy controls, a timeframe for how long data is kept, permission for use of personal data, and accountability for third-party treatment of data all aim to increase transparency between advertisers and consumers.

The regulation put forward by GDPR sets the standard for how online data is used and will make it easier for other regions to follow suit. So far, we’ve seen a similar approach to personal data protection in California, where the California Consumer Privacy Act was passed in 2018 and will come into law in 2020. This act increases transparency in how California residents’ data is used and makes it possible for people to restrict the sale of their personal data.

For better or worse, drones have risen in popularity since becoming widely accessible to the average consumer. Event security teams are starting to experiment with them, as they could be indispensable tools at events with large perimeters. Drones can scan grounds efficiently and direct guards to disruptions far more strategically than monitoring by foot. The 3D aerial views provided by drones are especially useful with dense crowds, like what you’d see at a large rally or music festival.

Instances of security personnel teaming up with drones can already be seen internationally. In November 2018, the Greek Police Department deployed drones alongside 5,000 officers to monitor an annual march that had a history of turning violent (Agence-France Presse, 2018).

North Americans are still a bit apprehensive of drone technology to implement it to the extent that Greece has, but the future of drone use still looks promising. With heightened attention being paid to national security, drones may find their place in mainstream security across the globe.

The security industry in 2018

2018 was a monumental year, and now that it’s wrapped up, the security industry will build upon these major developments in 2019, while also affording the opportunity for growth. Overall, we’re taking a step in the right direction, moving towards a future where people have more control over their personal security—both at home and on the web. 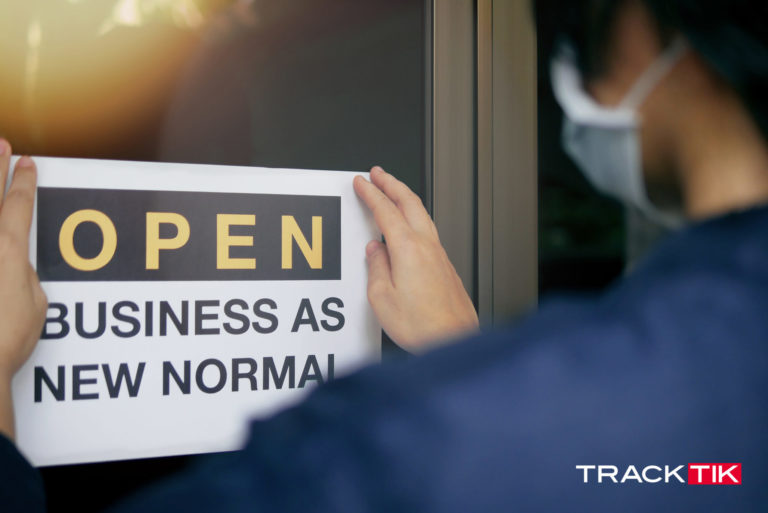